It is important to understand what minerals can be found on Mars. One reason is scientific linked to the understanding of Mars Geological Past. But there is another more long term and practical reason : Bringing material to Mars is not easy. In fact acording NASA the “gear-ratio” for Mars is 226:1, which means it takes 225 kilograms of fuel to get 1 kilogram to Mars [1]. Therefore to enable sustainable human presence on Mars, we need to be able to use material that’s already there. This idea is the base of in-situ resources utilisation (ISRU) paradigm and applies for both the Moon and Mars.

In the same paper ESA lists a number of sensors that could be used to characterise different aspects : volatile content, elemental composition, mineralogical composition and mechanical properties.

It has been demonstrated that hyperspectral imagery can be used to derive mineralogical composition, which makes it an interesting tool for mineral prospection. Remote hyperspectral imagery has supported mineral mapping for a long time using either space or airborne hyperspectral cameras. In fact there is one aboard the Mars Reconnaissance Orbiter, orbiting Mars since 2006. This instrument is called CRISM and has lead to some major discoveries about Mars mineralogic composition and geological history. [3] 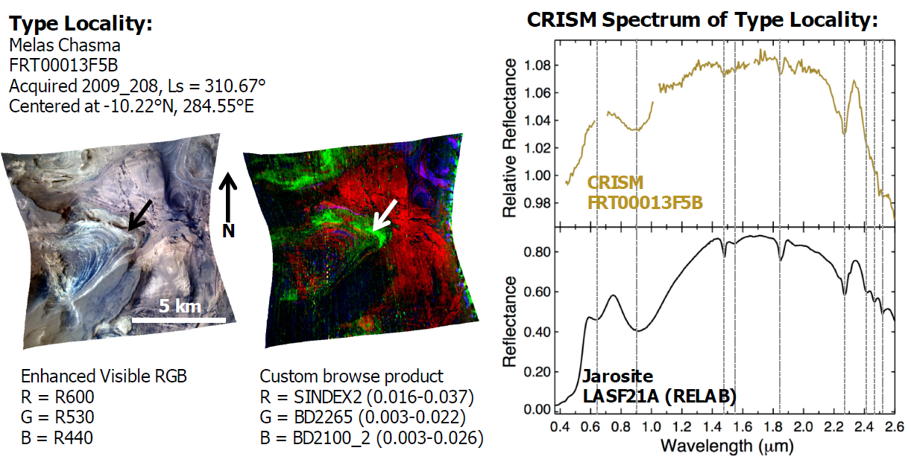 It has also been proven useful in the case of in-situ imaging [4], with the advantage of not having to deal with as much loss of information due to the atmosphere and access to higher resolution to the order of magnetitude of a geological layer.

The site of the Mars Desert Reasearch Station in Utah has been chosen because of geological similitudes with Mars surface. In the scope of the womars mission, we would like to demonstrate the use of in-situ Hyperspectral imagery for mineral prospection. During EVAs, while taking rock samples, the geological context will be captured using hyperspectral imagery. Back in the laboratory the rock samples would be indentified by the crew geologist, and both supervised and non-supervised algorithm would be run on the hyperspectral data. 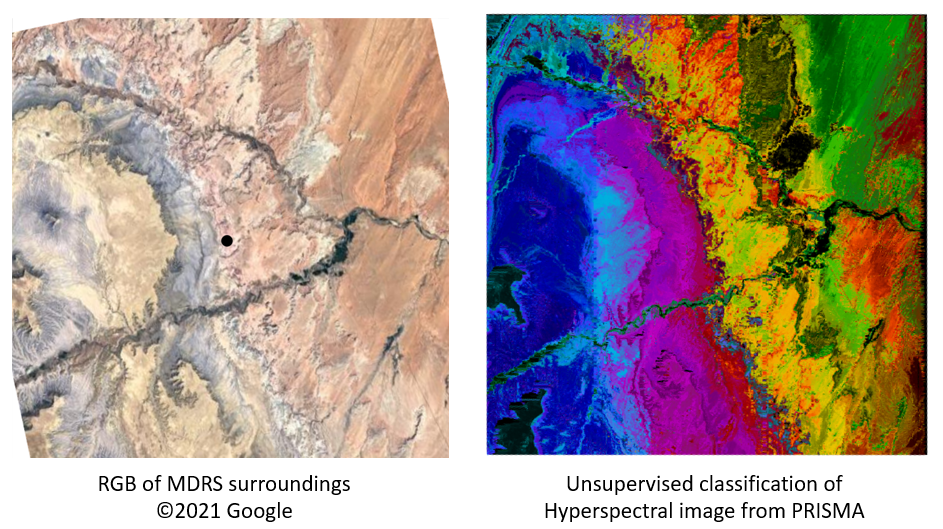 For any questions or enquiries about this project, please contact Alice directly at alice.barthe@womars.org